The 2012 running of the Northern Century turned out to be a marathon event with approximately 40 boats starting and a 14 finishing.  Congratulations to the following winners:

Here is a graphical summary of the race tracks taken by the competitors -- as you can see from the image various routes were taken and there were many places where people were drifting around... 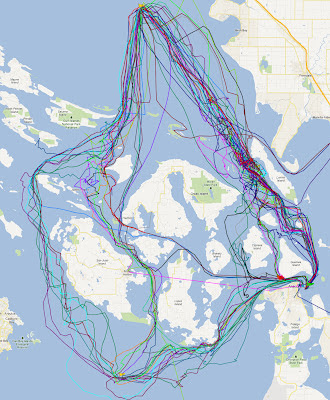