Here's a link to the February Knot News. It gets better every month!
2016 Rosters are here! Please pick up yours at the clubhouse. A digital version is available online. (Large 10MB file - be patient when downloading)
Thanks to my advertising team! Walt Guterbock, Tom Decker, Bob Neumann, Jerry Hemme, Bill Rabel, Bev Dresen and Bill Bowman. Ad revenue exceeds the cost of printing each year. Please support our advertisers and make sure you tell them you saw them in the AYC roster!
On another note, Clay and I have been working on the new website so there may be some disruption for a few weeks. If you can't find what you knew was there before, just ask.

Jan
Posted by LogicalBlog Posted on Friday, January 29, 2016
Email ThisBlogThis!Share to TwitterShare to FacebookShare to Pinterest 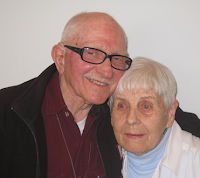 We bid a fond farewell to Nick Nichols who passed away recently. Nick and Helen joined the Anacortes Yacht club in 1984 and remained members until just last year. As well as a long time sailor, Nick was also an avid skier, and, as Roger Jewett says, "an all around great guy." He will be missed by many. Condolences can be sent to Helen at 11037 Happy Valley Rd, Anacortes, 98221.
Posted by LogicalBlog Posted on Thursday, January 28, 2016
Email ThisBlogThis!Share to TwitterShare to FacebookShare to Pinterest

This Friday marks the start of the 2016 boating season, the opening day of the Seattle Boat Show. The indoor show is at Century Link events center/ Seahawks Stadium. The in the water show is at South Lake Union. Fun fact: You can park your land yacht in Mt. Vernon and ride the train to King St. station, adjacent to Century Link and ride the shuttle to the in the water show. Senior discounts available. Not so fun fact; Many years the exhibitors are hamstrung by the fact the Seahawks have playoff games, that is not a problem this year;( The SBS has all kinds of seminars and activities also open during the week and evenings. The SBS is the largest show on the West Coast and open more days than any other in the entire nation. Generally the best prices of the season can be found on all kinds of electronics, hardware, charters, everything a boater could dream of. Check out the latest new models from our local dealers and if it's howling out of the South this week buy them a hot chocolate as brand new boats often head to the in the water show without a dodger or even a heater.
In other news;
Sign up for the OIYC Shaw Island Winter Classic Feb 13th
Both the Vic Maui and Pac Cup  2014 are sold out and have waiting lists for the first time in years.
AYC race boats Bangarang and Orange Blob are for sale at competitive prices
Memorial Day weekend this year Anacortes is hosting the HS Team racing Nationals, keep the weekend open and lend a hand if possible. Steve Orsini is a good contact for questions. We may need some dependable RIB's to fill in some gaps.
Posted by captain midnight Posted on Monday, January 25, 2016
Email ThisBlogThis!Share to TwitterShare to FacebookShare to Pinterest

The AYC board earlier this fall felt it is important to recognize our long time members in some way.
At the Commodore's Ball we honored these members with a Lifetime Achievement Award and
presented them with new nametags with the number of years printed under the burgee.
The following members have belonged to AYC for at least 25 years. Congratulate them
when you see them next and thank them for their loyalty to the AYC.

Movie Night at the Club!

It's Movie Night at the club. Come grab a beer, get some popcorn and let's watch "Captain Ron". The movie is 99 minutes and will start at 6:15pm. Come see how much fun chartering a boat can be. And check out the poster in the club entrance.
Posted by LogicalBlog Posted on Friday, January 22, 2016
Email ThisBlogThis!Share to TwitterShare to FacebookShare to Pinterest

Saturday night saw the AYC clubhouse transformed into an Oscar winning venue for the 2016 Commodore's Ball, complete with a red carpet! Members found themselves surrounded by movie posters, memorabilia and film. Special thanks to Denise Vasquez for sharing all her Hollywood glam, to Danette Carroll for the beautiful flower arrangements and to our very own paparazzi, Mike Russell.

Our outgoing Commodore, Jerry, presented awards to the following:
After the flag passing, MarKay's first order of business as Commodore was to give Jerry the business and present him with a new vest. In addition, she introduced a new recognition, the Lifetime Achievement Award, honoring those members who have been in the AYC for 25 years or more. Del and Geneal Fox were honored for 40 years in the club!

The evening was capped off with dancing to music by Johnny and the Moondogs.

It was a perfect beginning to the new year..and, as they say, a fun time was had by all.

MarKay
Posted by LogicalBlog Posted on Monday, January 18, 2016
Email ThisBlogThis!Share to TwitterShare to FacebookShare to Pinterest

Last Friday's social hour started with a couple of fun twists. Garth and Marti Frazer stepped
it up behind the bar with specialty drinks and some wonderful hors d'oeuvres. What a hit! And, this was our first "game night" which saw members playing chess, rummy, and some new games Dan and Clay brought ... Blockus and Tantrix. Way too much fun. Looks like you won't want to miss social hour in the future! A little birdie, however, says the Frazers will be bartending again this Friday and offering more specialty drinks ... they are going to spoil us for sure!
What a great way to start the new year.

MarKay
Posted by LogicalBlog Posted on Monday, January 11, 2016
Email ThisBlogThis!Share to TwitterShare to FacebookShare to Pinterest

The January edition of the Knot News is now online.

ALSO!
2016 Race Packets are ready. Register for a summer of fun!

The 2016 Girts Rekevics Memorial Foul Weather Notice of Race is online. Sign up today!
Posted by LogicalBlog Posted on Wednesday, January 06, 2016
Email ThisBlogThis!Share to TwitterShare to FacebookShare to Pinterest

2016 started out on the good foot for AYC, well at least better than Iowa's New Year surprise at the Rose Bowl. Roger Jewett, who claims he was not there at the first Rose Bowl, seemed pleased with the action on the big screen. Commodore to be Markay kept the troops watered while multi tasking by undressing the Christmas tree at the same time. Patrice freshened up the goods at the ship's store and Walt Meagher began to realize the duties of the Rear Commodore.
The official boat count on Fidalgo Bay appeared to be 7 not counting two brave kayakers. Rumor has it kayaks got their name from the sound they make when they bounce off your keel. The Walt and Jerry show took a break from the Yacht of the Year chase aboard Syndicat and took the Sunshine Girl for a spin but still wanted to know if this event counted for year end points. Of course no day would be complete without seeing the sails of Hassenpfeffers, Tiramisu and Little Annie battling back n forth across the bay. Wild Rumpus and Off Constantly represented for the SC-27 fleet and if you have never seen a blooper, (it's a sail also called a streaker on occasion), check out Steph's FB feed. We're also claiming the random Pearson 30 that was out in the spirit of inclusion. In any case the wind was enough for the small headsail and enough heel angle to spill the hot cocoa and peppermint schnapps
In other news:
Mark your calendar for the Seattle Boat Show Jan 29- Feb 6th., the largest boat show on the left coast. Still will get you home in time for the Super Bowl and since the Seahawks don't have any home playoff games the exhibitors can get set up in peace.
Feb 20th is the annual Girts Rekevics Foulweather Race/ Cruise to Friday Harbor. Chris Roethle has arranged for door prizes from local boatyards and vendors and all that buy a ticket are eligible whether racing or not. A free haul out for 2016? Sign me up:) Of course the epic lasagna dinner (veggie option) and the typical antics in Thatcher Pass are not to be missed. Shaping up for 2.5 ebb 1230hrs so not a good year for my Peavine Pass plan...
Paging Colin Emsley and crew your RTC trophy is stashed downstairs at the club and a hearty congratulations for a great performance on a tough weekend!
For those considering the value of club membership and looking for a comparison, check this out. I was attending a regatta at St. Francis YC in San Francisco last fall and overheard a conversation on the dock while we waited for breeze. The two St. FYC members were discussing a planned $10,000.00 assessment to all members for improvements on the club outstation at Tinsley Light. AYC has reciprocal privileges at St. FYC and it's the best view of the bay in town, Fun fact: A policeman having a smoke on the deck of St FYC the night  of the famous Alcatraz escape of the Anglin brothers allegedly saw the running lights of the boat that helped in their escape.
Even though New Years is over for 364 more days you can still make a resolution today to get out on the water with AYC or simply come join us for the Commodores Ball or a 5 buck night.
Posted by captain midnight Posted on Saturday, January 02, 2016
Email ThisBlogThis!Share to TwitterShare to FacebookShare to Pinterest
Newer Posts Older Posts Home
Subscribe to: Posts (Atom)